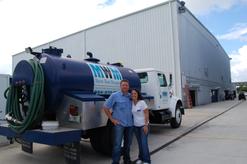 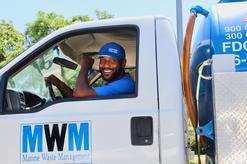 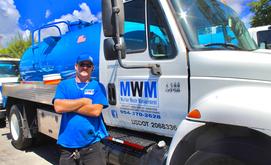 Since high school, Rodney Fulton was a captain of a yacht for 15 years, then worked as a project manager in a shipyard in Fort Lauderdale for six years after that. The stint at the shipyard led Rodney to form Marine Waste Management (MWM) with his wife, Kenia Fulton, in 2005. At first, the Fultons started out with only one pump out boat and while Rodney still worked full time at the shipyard he would pump out boats when he had spare time. Within the first year there was a high demand for holding tanks and vessels who needed their black and/or grey water removed which ultimately led to the growth of the company. After 14 years in business, they are still a family owned and operated company that often exceeds their customer’s expectations by providing quality customer service, ensuring their employees are properly trained and keeping up with best equipment available in the industry.

MARINE WASTE MANAGEMENT IN THE NEWS

We take pride in the service we provide!